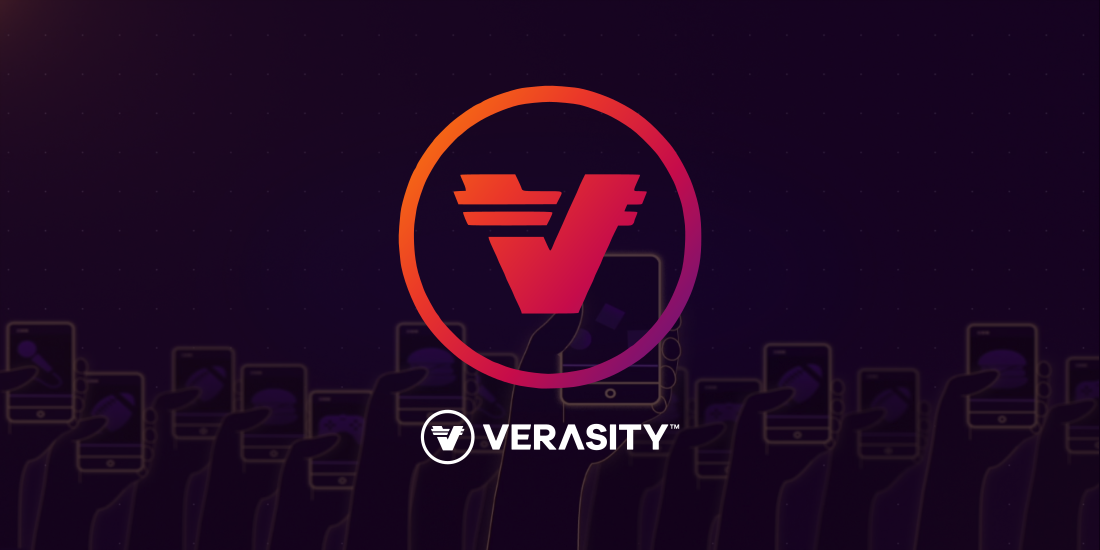 Simply building a video sharing platform is not a solution because no matter how good the platform, who is going to bother to move off YouTube to watch a bit of content when they have a whole world of content on YouTube. Do any kids under 18 watch anything other than YouTube? Only their favorites like Walking Dead and Game of Thrones if they can’t torrent it.

What is a publisher to do in a face off against these monopolies?

Reward users to watch content they already like on the publisher site. Once a publisher can control its own content and views, its revenues and engagement increase 4x. (IAB stats) Salvation for publishers is via rewarded content. But the problem with rewarded content today is that rewards are all over the place and not in one place. Some publishers reward in newspapers, others for contests, points and digital tokens. Viewers rarely know what publishers are rewarding and where.

How did we solve this problem?

Verasity provides the tools for publishers to take on YouTube and Facebook. The VeraWallet is built into the video player (go to: verawallet.tv) and can provide any kind or rewards as long as the default reward is VRA. Viewers can then find all their loyalty programs, points, redemptions in one place in their video player which they open every day to watch videos.

Is this solution unique?

It is patent pending and unique and as far as we know there are no platforms providing a similar technology and solution.

How does this help VRA?

Publishers buy VRA at market price to reward users to watch content, subscribe at a discount, and drive any number of actions. The purchase of VRA by publishers drives the economy and increases the pool of VRA users. 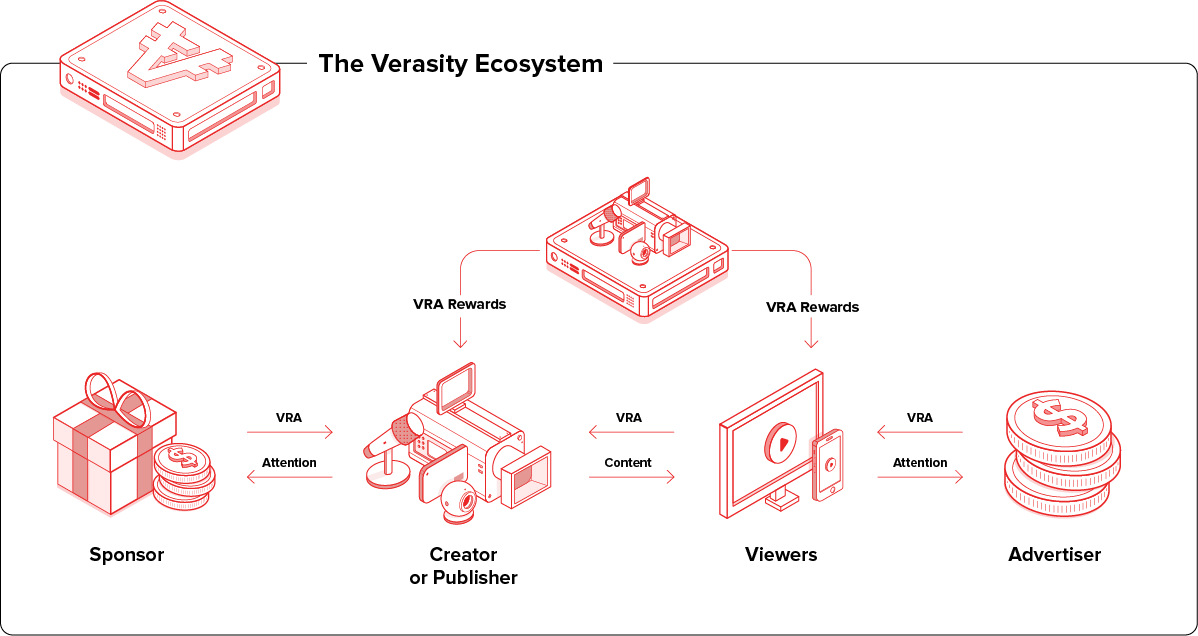 Payment, loyalty and rewards enable transactions between publishers, content owners, brands, advertisers and viewers. They interact directly with one another and all transactions are powered by VRA so there is no need for intermediaries such as YouTube or Facebook.

How does it work?

●     Viewers watch videos and ads on a website using Verasity technology and are rewarded with VRA. They are also rewarded more VRA for referring more users.

●     Publishers buy VRA to reward users and build valuable audiences which they monetize through ads, ecommerce or subscriptions.

●     To reach and engage potential customers viewing videos, advertisers buy VRA to reward viewers watching their ads. This releases the true value of each view.

●     Users can stake their VRA and receive daily rewards for doing so. The VRA Staking program incentivizes the economy to hold VRA. For full information about VRA staking, read our post here.

●     Verasity targets a wide range of publishers and users who will be implementing an easy conversion method to allow users to buy and exchange their VRA.

How does Verasity disseminate its Video Player technology to millions of publishers?

When you watch your favorite content on a website, it is likely that it will be powered by one of the 10 video player platforms that dominate video streaming. These include Vimeo, JW Player, Brightcove, Video.js, Kaltura and others. Most of these platforms are business to business and therefore you may not have heard of them, but the largest broadcasters in the world like Discovery, Eurosport, Fox, Sky, BBC, Viacom, Lamborghini (yes, the Lambo site) utilize third party video platforms to power the video streaming of the content you love to watch.

By Verasity integrating its technology module into all these video player platforms, Verasity rewarded video will be ubiquitous and available to every publisher which means potentially billions of viewers can be rewarded in VRA.
A key goal for Verasity in 2019 is getting video publishers onboard. To facilitate this, we are developing integrations with many industry-leading tools like Vimeo, JW Player, Brightcove and others to allow publishers to quickly and easily start using Verasity technology and therefore increase demand for VRA.  By not interrupting the current work flow of publishers, we have made it simple for any publisher to provide its viewers with VRA rewarded video. Our unique player technology is already available to 280,000 video publishers with 240 million users and 50 billion monthly views.

The Verasity video player ,VeraWallet and future Verasity products will be branded ‘Powered by Verasity’ so that viewers will see that the technology is Verasity. Further by rewarding viewers with VRA and providing referrals, VRA and Verasity as a name will be disseminated throughout the online video world. VRA will be synonymous with rewarded video!

VRA can be staked for 36% annual interest at https://verawallet.tv.

Check the price of VRA token at CoinCodex and CryptoCompare.  Join our telegram chat at https://t.me/verasitychat.